Skip to content
Energy Update.
“Recognition of Self through the Higher Heart Chakra”
Re-Cognition – Cognition is the mental processes relating to the input and storage of information and how that information is then used to guide that behaviour. The prefix “RE” is used to indicate “again” or “again and again”.
Higher Heart Chakra = I relate.
So we are over and over reconfiguring our sense of “Self” in accordance to the information we translate in relation to our perspective. A constant shift in one’s perception of “self”, until the truth is revealed.Along with the recent timeline shift has come a shift in one’s perception of self. Upon a certain real-isation and transmutation this fine SUNday AM, my higher heart has begun thumping. Almost up into my throat chakra.
We have begun strumming our higher heart to the beat of the 5D Quantum Structure’s resonance. This “excited anticipation” is palpable now as this pounding signifies a certain awakening that runs alongside these “perceptions”.
As each perception is integrated and cleared for its resonance with the quantum structure, the path becomes clearer.
And only when that recognition is of the highest truth does the portal become exposed and awaiting your next move.
The higher heart clearly heralding in one’s entrance to their New Earth. The desired chosen timeline is activated. This timeline had previously been hidden, and it’s this thumping that is chiselling away all the destructive programs and belief systems that were in place, holding us back. All waiting for Divine Timing. For the external energies to be in sync with one’s internal energies, allowing for a smooth transition.
This indicates the end of the pause – the transitional stage – and opening the way for those who are in alignment with the incoming higher dimensional energies to merge.
Many are talking about this great change that is to occur within the next few weeks, and I AM certainly feeling the internal readiness.
It’s all there for the claiming.
Nothing to do but love.
Peace x
**************************************************
Energy Update 15ht June 2022
This ringing…centrally located from the crown chakra running concentric circles down my whole body in waves…it has progressively got louder during the day. Full moon peaked here in Oz last night, and now the ringing is piercing. My whole skull. Ears. Pineal gland. Such clarity. Such insight. The ideas. The energy is like I AM creating anything I can dream of with my imagination alone, and there is zero need to even transform those ideas to matter. It is done. Next! Wow I feel like I could fly around the planet like Superman. Yet I haven’t left the couch. Fucking amazing feeling. It’s the vibe mannnn! I wonder if this is where we take off and fully walk through our individual ascension portals.
How y’all doin’?
Nano nano.
Nothing to do but love.
Peace x

“Taking the training wheels off”

Whenever we’re about to make a quantum leap in the advancement of one’s consciousness, there’s a brief pause period that comes just prior to that leap. During this momentary transitional period, themes of worthiness; deserving, confusion as to where one fits in, or where one is to go and what skills, attributes makes them unique, rise to the surface. We can feel the powers about to be rewarded and we know we are worthy. We have done the work. Yet there is a “hesitation”. Two opposable forces clearly recognising each other as the duel/dual ensues. It literally is a battle of ego vs soul at this point. The soul screaming for advancement. The ego desperately trying to hold on. Keep control. Battle of wills. Which Will will survive. Which Will will be sustainable as we move into higher states of consciousness. Which Will will you allow to have control.

Yes folks. It’s all about faith. Faith moves mountains and can definitely shift that pit in your stomach as you prepare yourself. Ready yourself. For the jump. You know you are going to do it. You’ve practiced it a million times in your head. You’ve visualised it. But all you could see up until now was the fall below. And then all of a sudden you look up, and it’s just so beautiful that you forget there even is a down. And you keep your focused intention on the up and the forward momentum and before you realise it, you’ve been flying for quite some time, and you’re still here. God hasn’t allowed you to fall, and in deed, has been actively working right along side you, arms at the ready, but secretly knowing you got this. And remains there just as a safety blanket. Like the parent who runs alongside the child who has taken the training wheels off the bicycle. The parent trusts in their teachings. They have faith in their child’s abilities. They have seen the progression and wouldn’t have taken the training wheels off the bicycle had they thought the child would not be safe.

So now it’s time. Training wheels are off. And here comes the push.
“Look ma! No hands.”
We sure do got this.
Nothing to do but love 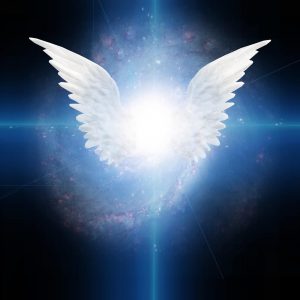 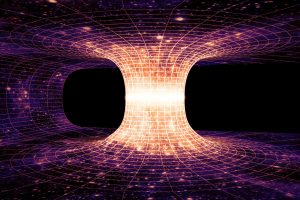 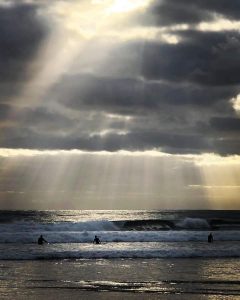 Hi I'm an Australian author and artist and I have been called upon to take action and apply my knowledge in useful and helpful ways. I use my natural spiritual values, intuition and communication skills to uplift others. I share channelled messages from the higher realms on Unity Consciousness and ushering in the New Earth, and I present these learned teachings on spirituality and ascension within my first novel "ACCIDENTAL TRUTH - A VORTEX THROUGH TIME". Sacred Stories Publishing, USA.

If you'd like to support my work, please consider a donation. Thank you. Paypal.me/Nikoolmcindoe